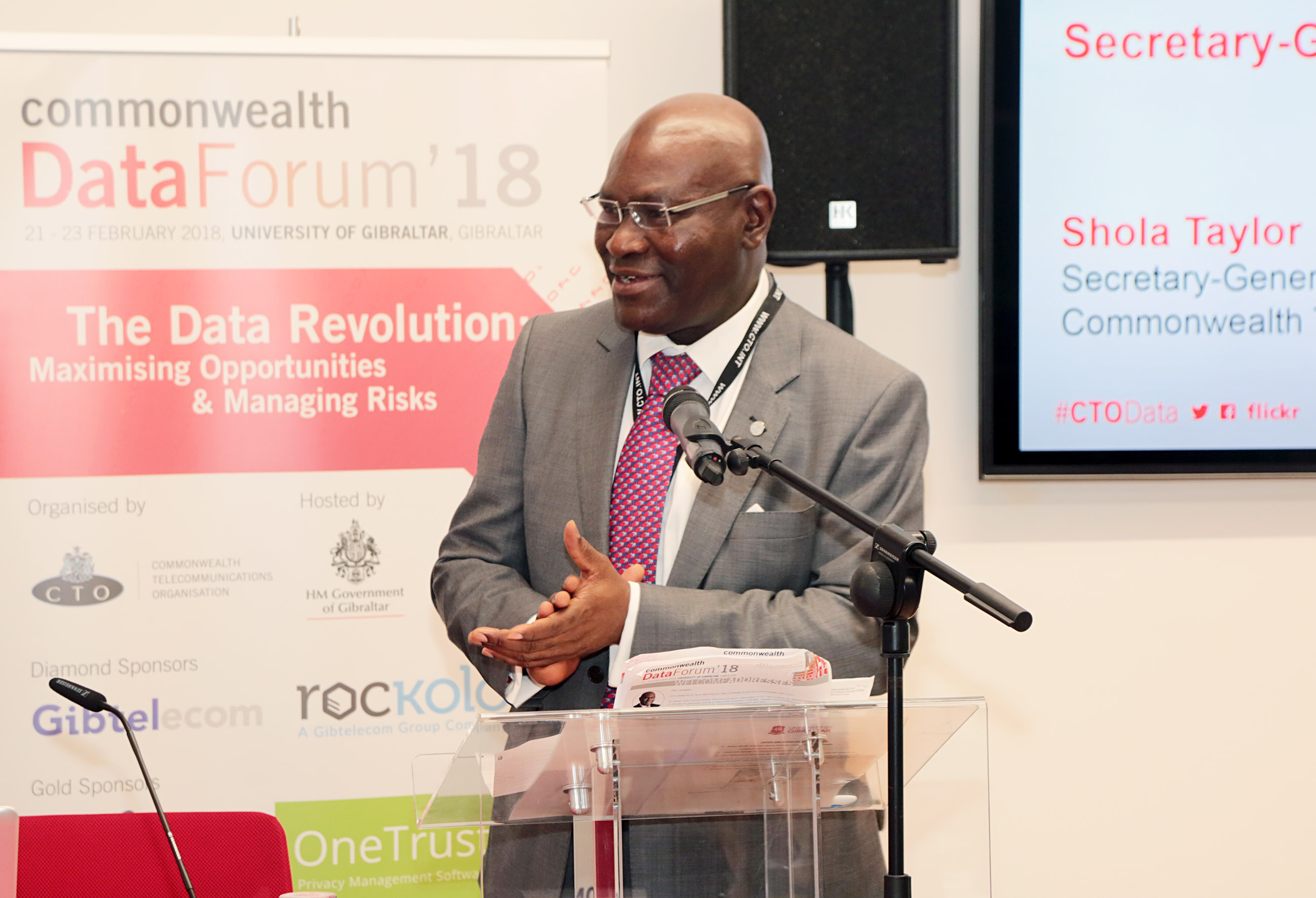 The event takes place today and tomorrow and will be followed by a tourist and social programme on the Friday for over 50 overseas delegates.

The CTO, together with the Ministry of Economic Development Telecommunications and GSB, are bringing together some 40 Government and Intergovernmental agencies, non-governmental bodies and enterprises from the ICT and telecommunications sectors of 12 Commonwealth nations. The Conference will comprise of a wide cross section of nations representing Africa, Asia, Caribbean, Pacific Regions, and Europe including participation of overseas Ministers and the Secretary General of the CTO.

The conference theme is ‘The Data Revolution: Maximising Opportunities and Managing Risks’ .The Forum is to be opened by the Sir Joe Bossano, Minister of Economic Development, Telecommunications and the GSB, who will emphasise the crucial role of telecommunications and data in the global economy, as well as the importance of Gibraltar’s links with the Commonwealth.

Sir Joe commented: “This is an important occasion for Gibraltar to play its part in the CTO since we joined and contributed on the debate of the continuing data revolution, a force for progress in the ever changing world of communications.”

Over the course of the Forum delegates will explore ways of monetising this growing data resource, as well as understand the complexities and legal obligations from holding data and ensuring that privacy and security remain at the top of the agenda. Experts from organisations such as the European Union Data Protection Supervisor, Facebook, the UK Information Commission and International Telecommunications Union will be presenting on the various topics, alongside local speakers which include the Gambling Commission, Gibraltar Regulatory Authority, Rockolo, Gibtelecom, Hassans and the Royal Gibraltar Police.

Minister Bossano added: “We are delighted to host such a meeting in Gibraltar comprising real expertise within communications. In addition, we are committed to participating in the CTO as well as in other Commonwealth organisations. The Government thanks the sponsors: Gibtelecom, Rockolo, Ericsson, Cerillion and One Trust, as well as the many contributors from Commonwealth Governments and organisations, in addition to other bodies and enterprises, without whom, supporting this event would not have been possible. We are grateful to The University of Gibraltar for providing an excellent venue and facilities.”